We travelled from Port Hedland to De Grey River before making our way onto Cape Keraudren. This is now our thirteenth week of the gasless caravan testing.

It is this leg of the trip that is going to really put the van, as well as the crew, through their paces as our epic adventure continues.

It was at Cape Keraudrenthat Jon landed himself a nasty bout of food poisoning which meant we had to stay put for an extra night before continuing the trip with renewed vigour.

Barn Hill Station was the next location to head for with a refuelling stop at Pardoo Roadhouse and another one at Sandfire Roadhouse and by 2 pm we had arrived at Barn Hill. 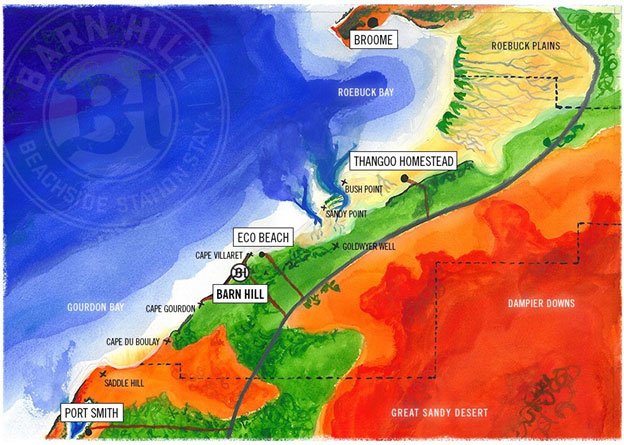 Set on around 430,000 acres at Thangoo Station, Barn Hill was a great place to stopover for a wonderful four days before we made our next move to Broome.

Thangoo Station is around 85km long and stretches between Port Hedland and Broome.

Bought by Alf and Maria Grey in 1960 this area is a working cattle farm.

In fact, there are 8,000 head of Braham cattle and the region is nothing short of spectacular. 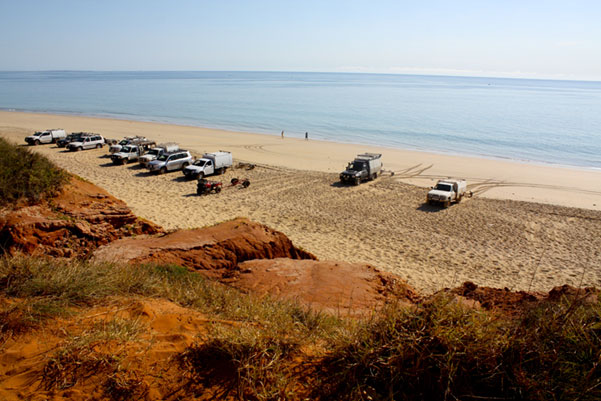 After leaving Barn Hill behind, the next location was Broome (Cable Beach) which we travelled to via Roebuck Plains Roadhouse.

Traveller Tip: Roebuck Roadhouse is situated around 30km from Broome.

You will find a caravan park there with fees at $38 per night for each powered site (the only sites available there are powered, however, we didn’t need to plug in at all).

The recommendation to stay here came from several sources, instead of travelling on to Broome where the prices were much higher.

Our sources were absolutely spot on!

While at Broome the time came to make preparations for the famous (or infamous) Gibb River Road.

An abundance of information and maps were supplied by the Broome Visitor Information Centre which was very useful.

The ‘worse for wear’ tyre was replaced, shopping was sorted and a full check of the van and vehicle was carried out before the adventure continued.

Several rather excited individuals came up to the van wanting to know more about the ‘electrical caravan’ from John. Read more about electric caravan here: https://www.retreatcaravans.com.au/blog/no-sun-no-problem/ 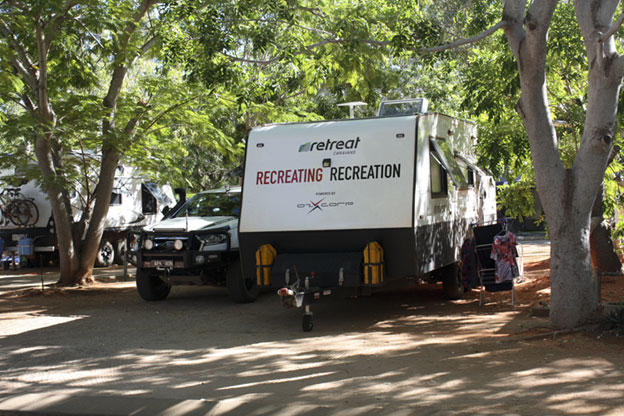 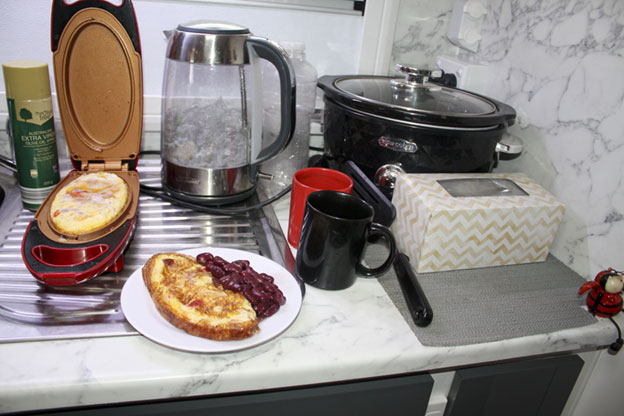 We are now en route for the Gibb River Road which is sure to be the most demanding leg of the trip for the equipment, power and reliability of the caravan.

As a matter of fact, the proposed 16-day upcoming adventure is going to be an interesting one, to say the least.

Since mobile communication is poor, we will continue our blog once we exit Gibb River Road.

Make sure to check in for more updates after we put the electric caravan to work on Gibb River Road.

Find out why you should go for our fully-electric Retreat caravan here.